Katie Robinson to Row for Miami Next Year 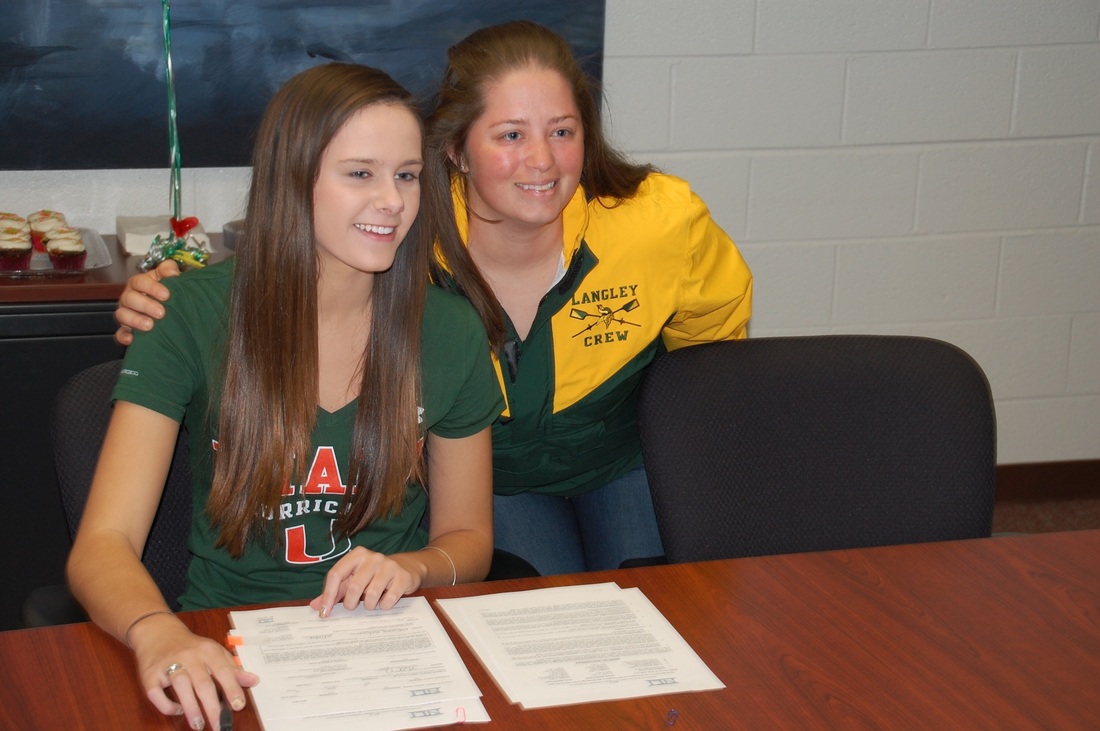 Langley High School’s Katie Robinson ‘15 signed a National Letter of Intent to row for the University of Miami Crew team next year.  As a member of the Langley High School Crew team, Katie has excelled at rowing, including stroking the team’s top Women’s boat to Virginia state championship wins in 2013 & 2014, and a silver medal at the 2014 SRAA National Championship regatta.  Last year, Katie was honored by her team by receiving the Women’s team MVP award, and this year she is a team captain.

In addition to rowing with the Langley Crew team, Katie also rowed with the Resilient Rowing Club during the summer and fall seasons, resulting in several successful races in both local and national regattas.

Katie looks forward to incorporating her passion for Crew into her college life by rowing with the University of Miami team while majoring in business. 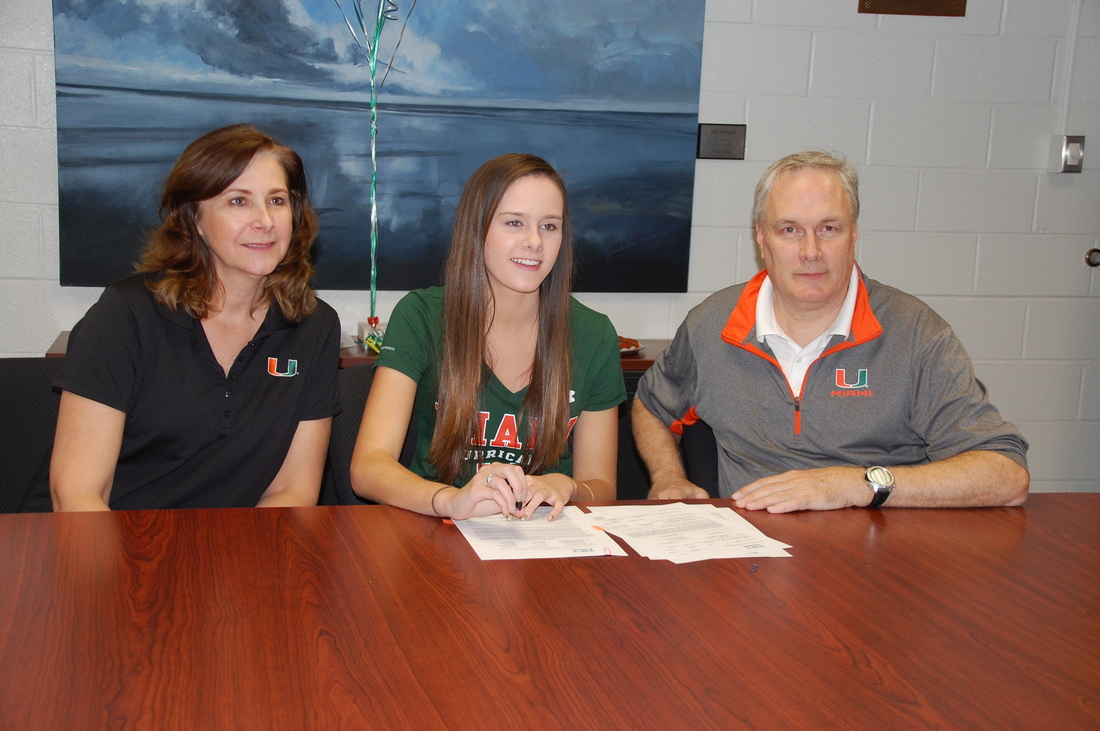 Katie with her parents Sandi and Dennis Robinson